The difference between a blank gun and a gas gun 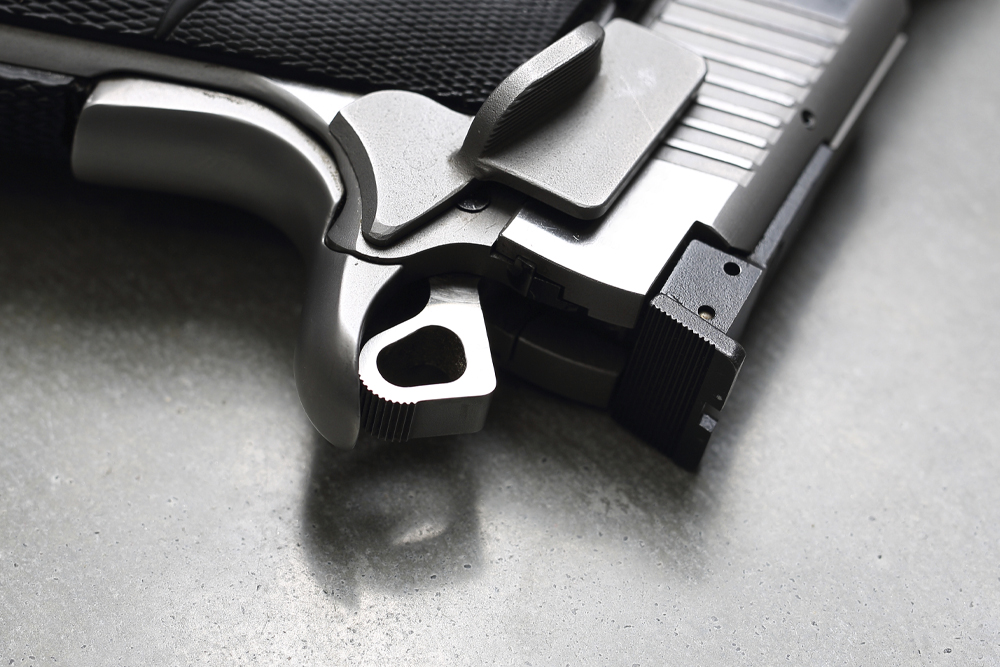 As the name implies, a “blank gun” is functional and can actually fire a blank cartridge to make noise and smoke. Blank guns have real cartridges filled with gunpowder instead of bullets. The gunpowder is sealed in plastic or paper wadding which creates an explosion and flash when fired, and smoke is released from the front of the barrel, giving the feel of a real gun.

Gas guns work differently to a blank gun. They are non-flame and zero gunpowder guns and even though there is no gunpowder, they still still have the power and pressure to shoot a projectile. CO2 air rifles and air pistols are powered by gas cylinders rather than gunpowder. The insides consist of a gas chamber where the gas sits, which then goes through a valve, which is then knocked by a hammer to release the gas through to the barrel on each shot.

As mentioned above blank guns don’t have bullets but they do use gunpowder to create an explosion. In a blank gun the metal bullets are removed completely and are instead replaced with a wad of paper, plastic, or cotton, but there is no “real” bullet propelled as a result of the explosion.

Gas or CO2 guns on the other hand do in fact fire projectiles. These come in the form of plastic pellets. These “bullets” are made of semi-soft plastic and are available in multiple styles and weights. The speed reached by a pellet depends on its speed, resistance to air, gravity and its weight as well as the temperature and power of the CO2 canister used.

The main purpose for blank guns (other than movies) is for training and self defense. Blank guns essentially look, sound and feel like the real thing so they are a great place to start out when training. There is less kick back from a blank gun vs a live firearm so shooting is less intimidating for newbies. Some also have the ability to shoot flares by adding a flare adapter to them so a person can shoot a flare into the air to signal distress if they are lost or hurt. When it comes to self defence, blank guns can be used to scare off any attackers. They appear real enough to trick any intruders into thinking they are facing a live firearm as well as alerting the nearby community to the present danger.

Gas weapons can be used for a number of purposes including target practice and sport shooting, pest control and hunting small game. Some gas (CO2) guns look real, but inflict much less damage, making them an excellent choice for self defence. Mostly they are used as hobbyist weaponry for plinking and target shooting. However, if you have never shot before, you would be well advised to go to a shooting club with an air weapons section and learn from a qualified instructor how to handle your gas gun safely and responsibly.

Each style of non lethal weapon comes with it’s own unique advantages for their intended purpose. You can look at the table below and decide which type of non lethal gun best suits your purpose before making a purchase.

It is important to remember that even blank guns can cause injury, so safety should always be of concern. Proper precautionary measures should be taken while using and storing these guns. Always make sure to keep these guns out of the reach of the children and use them according to proper guidelines. If you need more information about the difference between a blank gun and a gas (CO2) gun get in touch with us at at Tactical Defence Store and we can talk you through all the options available.

Does a a blank glock sound better than a 9mm pistol!?